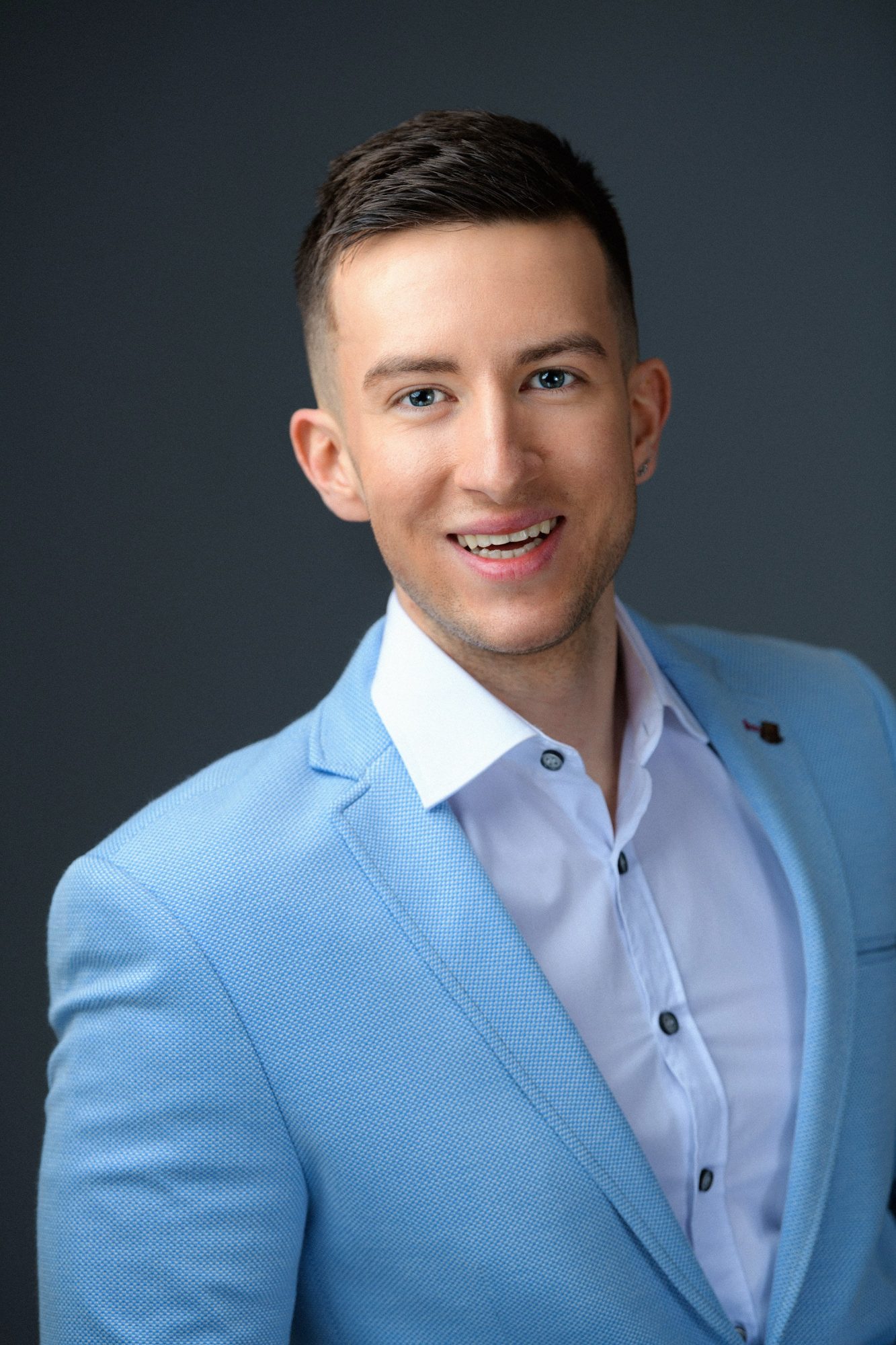 Dusan Grubisic, a doctoral candidate in Voice Performance at the University of Houston, is a European tenor from Serbia. He started his vocal training and performing at vocal competitions and children’s musical festivals at the age of nine. Soon after, he began playing the accordion and piano. His other passions besides music are dancing, cooking, and painting.

Dusan graduated from Oberlin Conservatory of Music with a Bachelor of Music. During his undergraduate studies, Dusan was awarded an exclusive opportunity to study abroad at the Danish Royal Academy of Music in Copenhagen for one semester and to be an ambassador of the Oberlin Conservatory of Music in Denmark. In 2021, Dusan graduated with his Master of Music from the prestigious Carnegie Mellon University with the highest academic standing.

One of Dusan’s most exciting musical projects was performing at the Rock and Roll Hall of Fame in Cleveland in a special new-age modern project. He sang the leading role of Dante in a modern opera production “Songs from Liquid Days” by famous composer Phillip Glass.

Dusan loves spreading joy and connecting with people through music. He finds joy in being around kids and all generations and he is thrilled to have the opportunity to teach them, inspire them, and shape the next generation of curious and well-rounded musicians.

In the fall of 2021, Dusan started his doctoral studies at the Moores School of Music – University of Houston and focused on arts leadership, more complex vocal pedagogy, and reaching the highest level of music education.