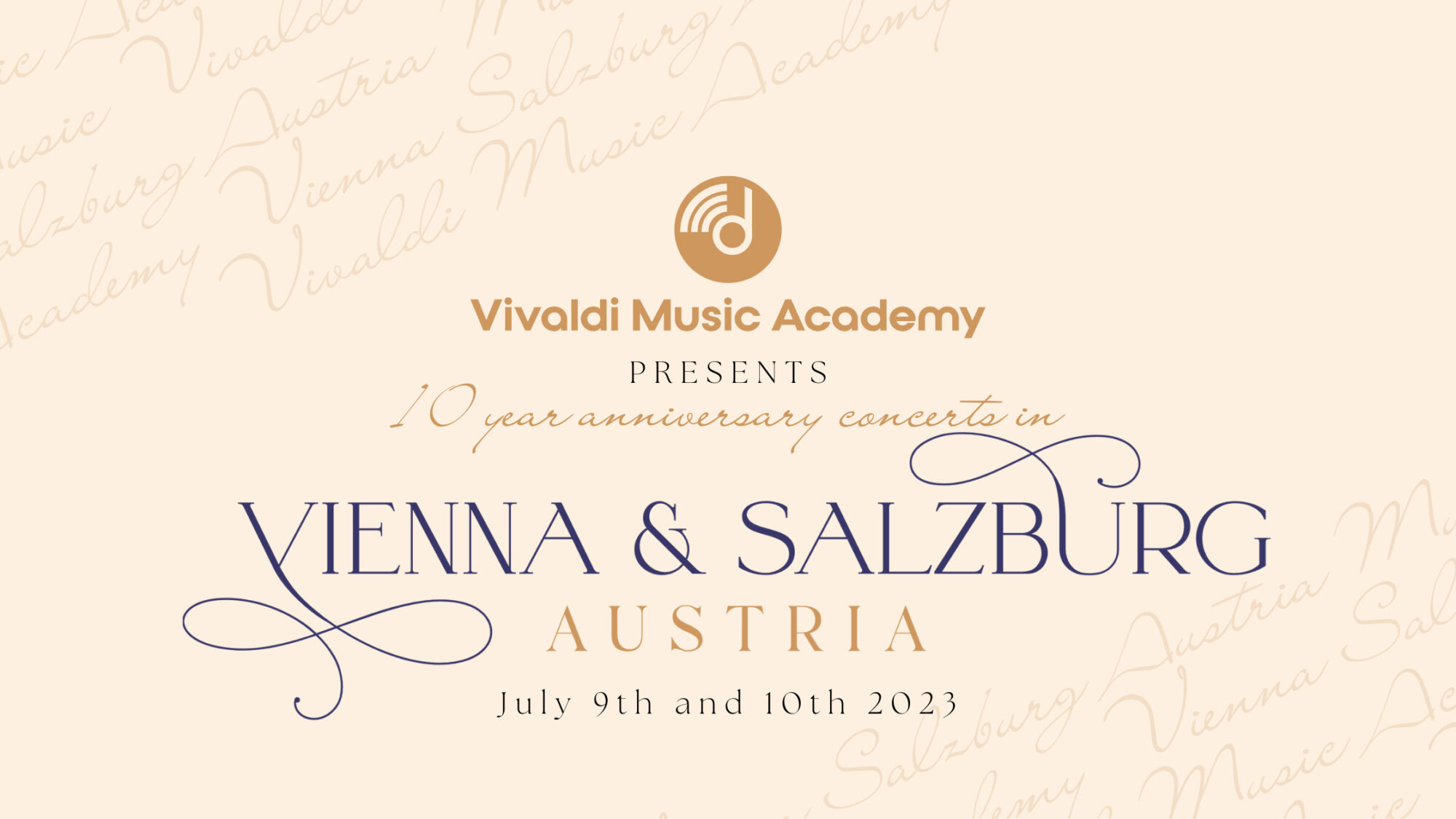 How would it feel to walk in the footsteps and perform in the same venues where Mozart and Brahms changed the course of music history forever? Students of Vivaldi Music Academy will soon be able to answer that question as their Summer 2023 Concert Tour takes them to Salzburg and Vienna, Austria. Celebrating the Academy’s 10-year anniversary, student performances will take place at the prestigious Marble Hall, Salzburg’s chamber-music concert venue and home to numerous performances of the Mozart family, and Vienna’s historic baroque-era Brahms Hall at the Musikverein.

Since its founding, Vivaldi Music Academy has offered students as young as five the experience of a lifetime performing on renowned stages including Carnegie Hall in New York City, John F. Kennedy Center in Washington, DC, The Royal Conservatory of Music in London, England and Santa Maria della Pieta (Vivaldi’s church) in Venice, Italy, and now in Austria.

Vivaldi Music Academy Founder and Director Zeljko Pavlovic, an accomplished musician in his own right, shares with the Academy’s students the rare opportunity to experience the exhilaration and sense of accomplishment to perform in historic venues as he has in his career with performances across the United States and Europe. 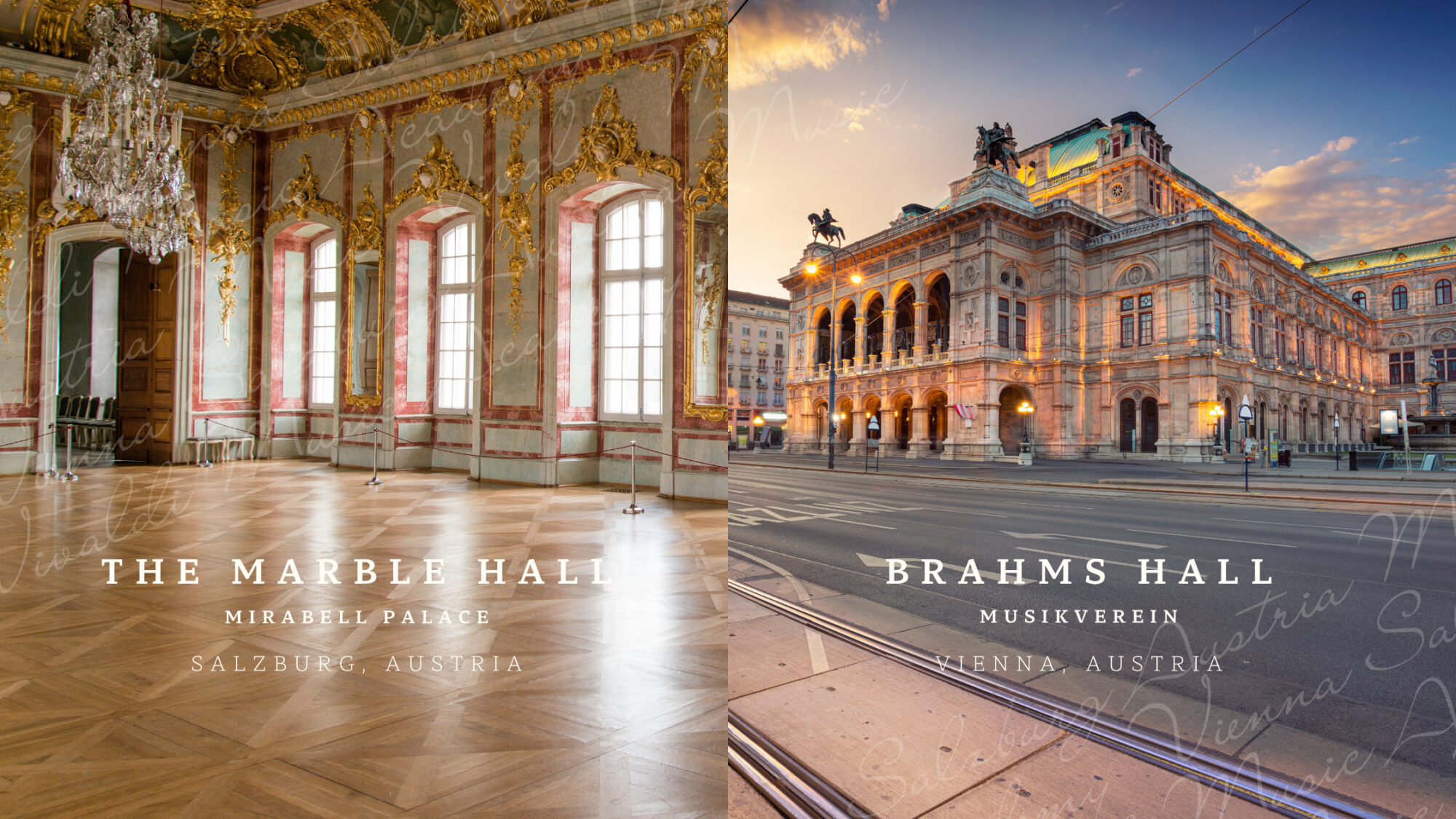 “Academy students are so excited to play alongside their teachers before enthusiastic crowds and packed halls,” Pavlovic says. “As an educational experience for them, I am selective with the venues for the summer concerts that have meaning and connection to musical history. Salzburg as the birthplace of Mozart, and Vienna that boasts a musical heritage of Beethoven, Strauss and others – these musical cities were the perfect choice.”

The unique summer performances have not only been beneficial in students’ musical development, they have heard from many parents the added benefit for resume building, helping many of them get into their first-choice colleges or into competitive high schools.

Vivaldi Music Academy has served over 20,000 families in the Houston community. Students can begin experiencing the transformative power of music in group lessons as young as one year old and private lessons starting as young as four. Other Vivaldi students are retirees eager to take up an instrument for the cognitive benefits with students at every stage in between. And plans are underway to expand Pavlovic’s legacy even further by adding Vivaldi Music Academy locations in Austin, San Antonio, Dallas, and other cities around the US.

Zeljko Pavlovic began his own music journey with violin lessons at age three, in his home country of Bosnia, as chronicled in his autobiography, Failure Is Not an Option: My Story of Business, Survival, And Success in Life. By the time his family escaped war-torn Bosnia, Zeljko was 20 and already an accomplished violinist.

Since opening its doors 10 years ago, Vivaldi Music Academy has been named National Music School of the Year by a peer group of over 250 music school owners, an Inc 5000’s Fastest Growing Business three times, and Houston Business Journal’s Fast 100 companies three times. Pavlovic himself has been an honoree in Houston Business Journal’s “40 under 40” as well as Most Admired CEO.

For more information about Vivaldi Music Academy and their Austrian summer concert series, contact Zeljko Pavlovic at info@vivaldimusicacademy.com and call 713-858-9617

“As an educational experience for them, I am selective with the venues for the summer concerts that have meaning and connection to musical history. Salzburg as the birthplace of Mozart, and Vienna that boasts a musical heritage of Beethoven, Strauss and others – these musical cities were the perfect choice.”