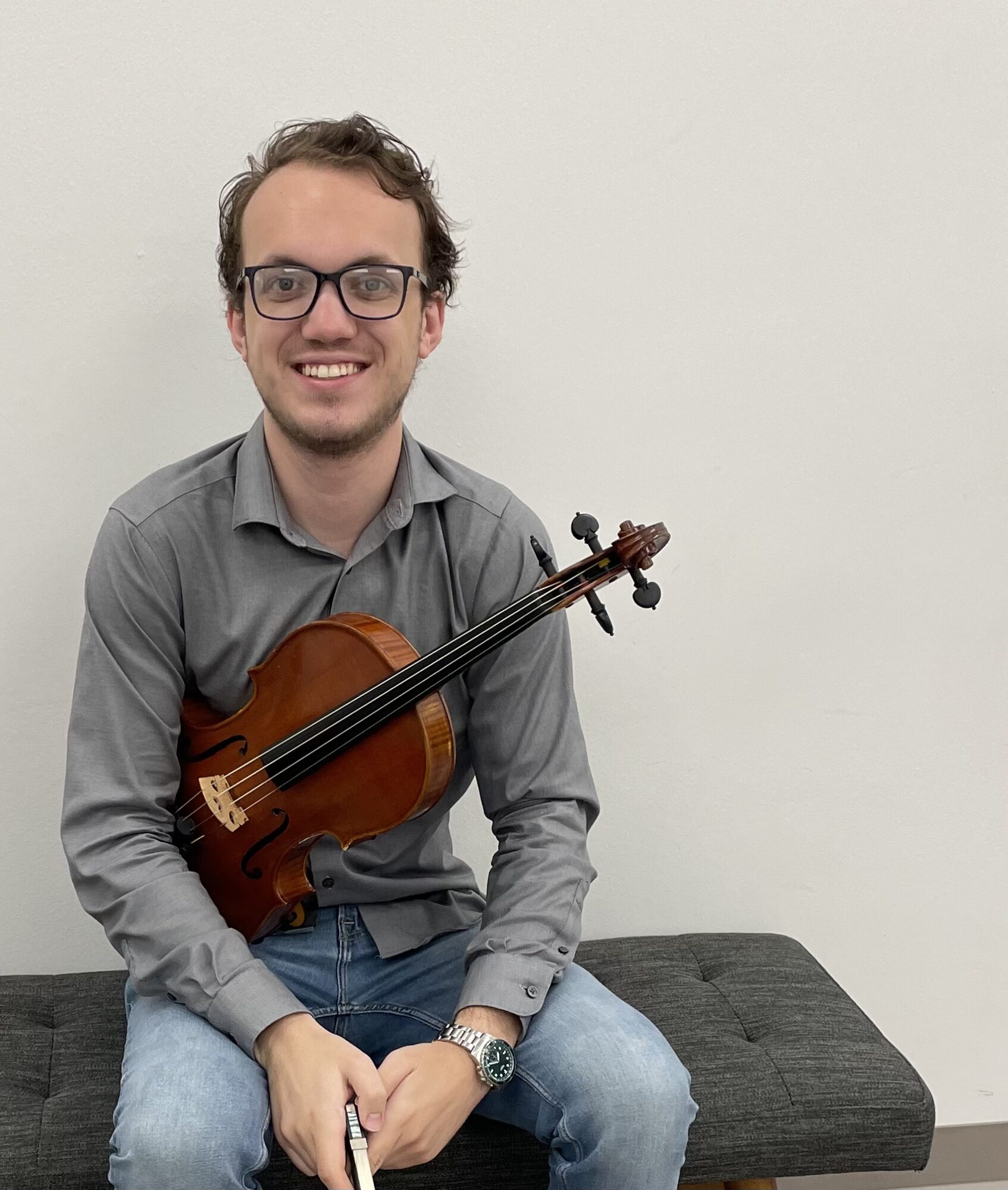 Merit Rogge is a violist and music educator based in Houston, TX. Starting his studies at a young age, he most recently completed his master’s degree in viola performance from the Moore’s School of Music under the tutelage of the world-renowned soloist, orchestra musician, and educator, Mr. Wayne Brooks. He completed his undergraduate degree in music education at Angelo State University studying under Dr. Fagner Rocha, and Dr. Maurice Kelley.

While at the Moore’s School of Music, he was awarded the West, Neva – Wesley Endowment and the Hirsch Scholarship Endowment. During his time at Angelo State University, he was awarded the Performing Arts Scholarship as well as being a part of the scholarship string quartet. Honors outside of his collegiate awards include being a solo division winner at the Federation of Music Educators Competition multiple years consecutively. Rogge has had the pleasure of participating in masterclasses run by leading musicians of this generation, including Che-Yen Chen, Dr. Lynn Ledbetter, Annie Chalex-Boyle, and many others. Other notable musicians that have influenced Rogge include Dr. Kirsten Yon, Suzanne LeFevre, Andrzej Grabiec, and Estelle Choi.

Rogge has experienced many unique performance opportunities throughout his career. Most notably his recent time spent in Mexico with Opera Maya, serving as principal viola for the orchestra, which was special as it brought western art music to parts of the world where it had never been performed. During his time there, the orchestra and vocalists traveled throughout the country, performing a mix of opera and traditional music written by the most renowned Mexican composers. An avid summer festival attendee, he has also performed at the Hot Springs Music Festival in Hot Springs, Arkansas studying with Amadi Azikiwe and at the University of North Texas Summer Strings Institute under the tutelage of Dr. Daphne Gerling.

As an orchestra musician, he has been seen with the San Angelo Symphony, Abilene Civic Orchestra, principal viola at the Frank van der Stucken Festival in 2017-2018, principal viola at the world premiere of “The Lady in Blue”, as well as many others. An avid chamber musician, he was a violist for the premiere performance of Quartet NOVA in 2017 and performed at the first season of Elkins Lake Classical in 2020. As a soloist, he has been featured as the guest artist at Bach and Friends in the Barrio, an outreach concert series in El Paso, TX. He is also very passionate about outreach, spending time working with both Music and Wellness and Music and Education affiliated with the San Angelo Symphony. This took him to hospitals and retirement communities all the way to elementary schools performing as well as interacting with the people creating a unique environment for an audience that may not be familiar with this type of music.

Rogge is a very passionate educator, having spent the last six years working in a wide variety of environments teaching the future of classical music. He currently teaches through Clear Creek ISD, Collegia: Houston, and Vivaldi Music Academy where he is an instructor in both violin and viola. He loves teaching, as it gives him the ability to use his experiences to not only teach music but to bring them into a world where his students can express themselves in any way they desire. He plays a Swedish viola by the luthier Odd P. Jacobsen from the early 20th century.