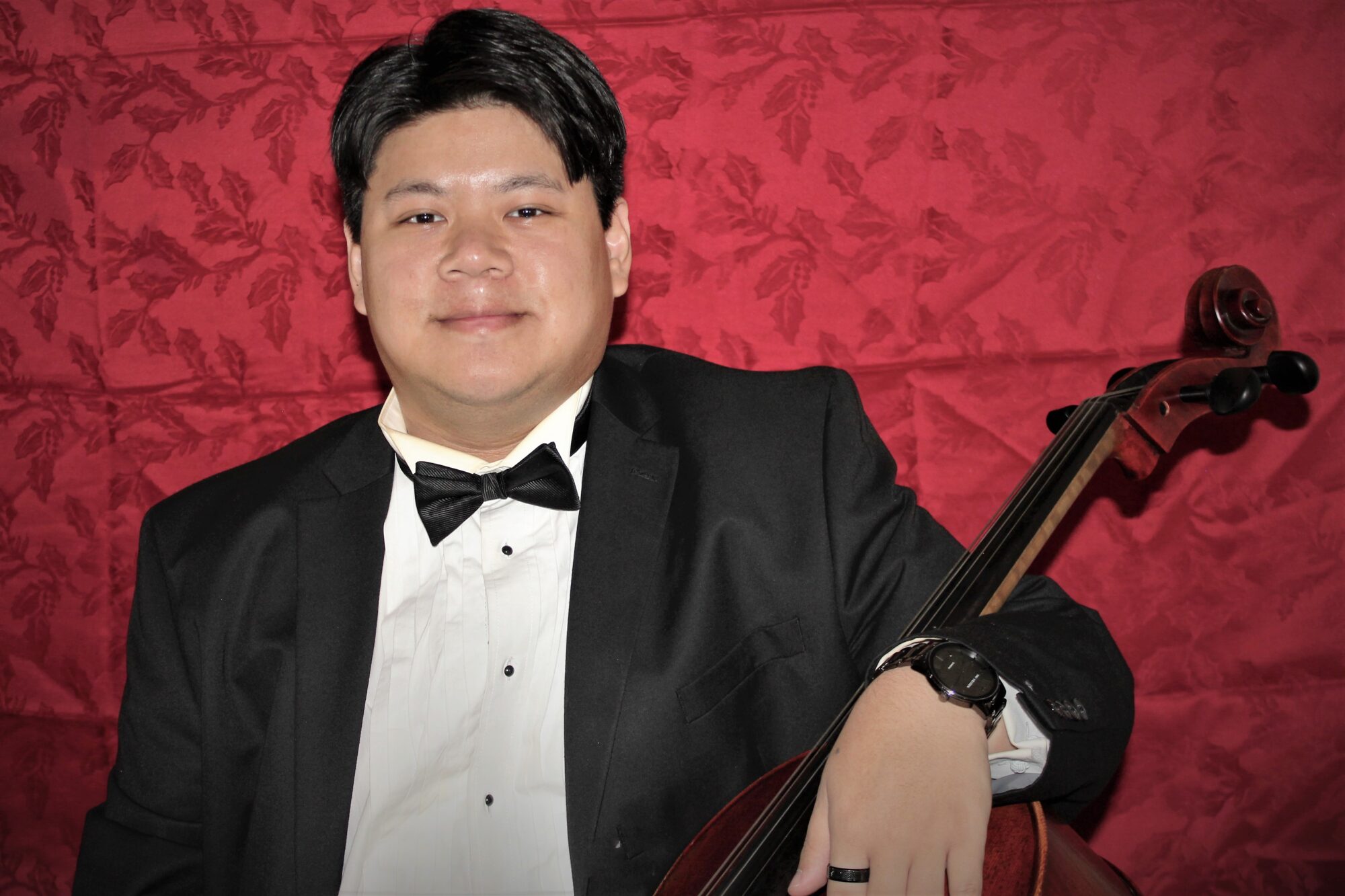 Jose Enriquez is a professional cellist, cello tutor, and medical student. Jose began  playing cello at 10 years old. Since then, he has studied under the tutelage of Daniel Saenz,  Associate Professor of Cello at SHSU School of Music, and Louis-Marie Fardet, cellist for the  Houston Symphony.

Mr. Enriquez has played with The Houston Youth Symphony, Conroe Symphony, and  Virtuosi of Houston. He has had the privilege of performing at Jones Hall of Performing Arts,  The Hobby Center for the Performing Arts, The Wortham Center, and Chichester Cathedral.  Along with performing for public concerts, Mr. Enriquez has had the pleasure to perform  privately for the benefactors of Haras Dos Cavaleiros Horse Racing, Landry’s Inc, and Sarah  Ferguson, Duchess of York.

Jose has taught students from all over the Greater Houston Area, many of which have  qualified and advanced in regional and state competitions. Along with music, Jose also enjoys  cooking, composing and arranging, and video games. Mr. Enriquez strives for excellence within  his students, he teaches not only to play the instrument but to also understand the intricacies of  music so that they may become rightful musicians of their own.