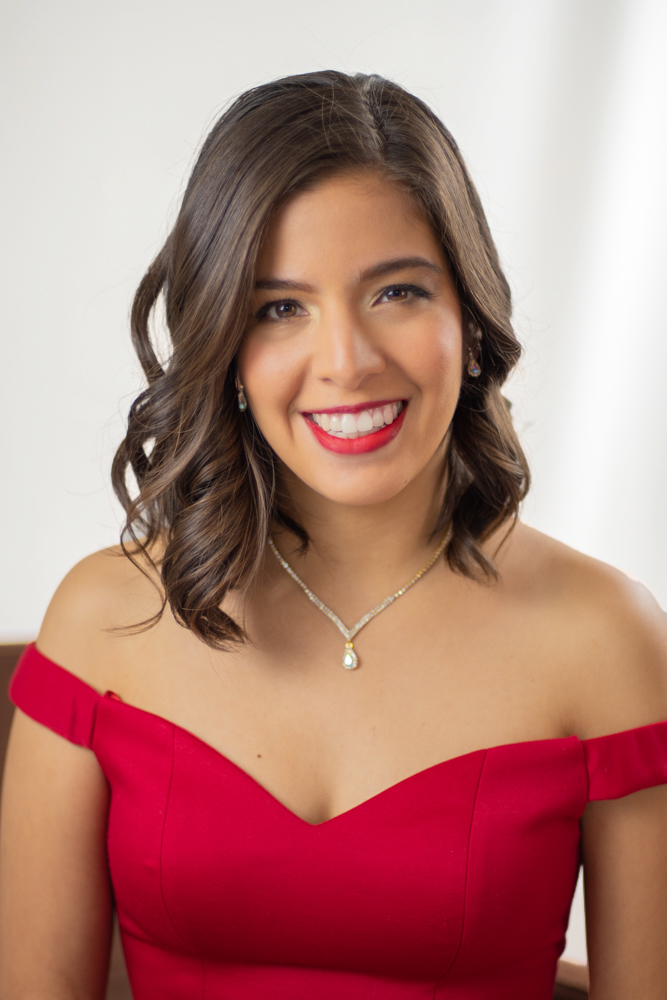 Soprano Jimena Montserrat was born in Mexico City and started her musical studies in 2010. Her repertoire includes the roles of Asia in the zarzuela Agua, azucarillos y  aguardiente, Adina in L’elisir d’amore, Zerlina in Don Giovanni, which she performed in San Miguel de Allende opera in 2018, and Gianetta in L’elisir d’amore which she  performed in San Miguel de Allende in 2020. She has sung as a soloist next to baroque orchestra “La Galatea” and was an active member of Festival Internacional de Ópera  Artescénica in 2018. That same year she won the prize for “Best opera performance” in the  23th edition of Escuela Superior de Música’s contest “Maritza Alemán”. She has been a  semifinalist of México’s national competition “Carlo Morelli” and the “Linus Lerner’s  International Vocal Competition” in San Luis Potosí. For two years she was a scholarship  recipient and member of the Scenic Vocal Ensemble (Ensamble Escénico Vocal) of the  National System for the Musical Support in Mexico (SNFM).