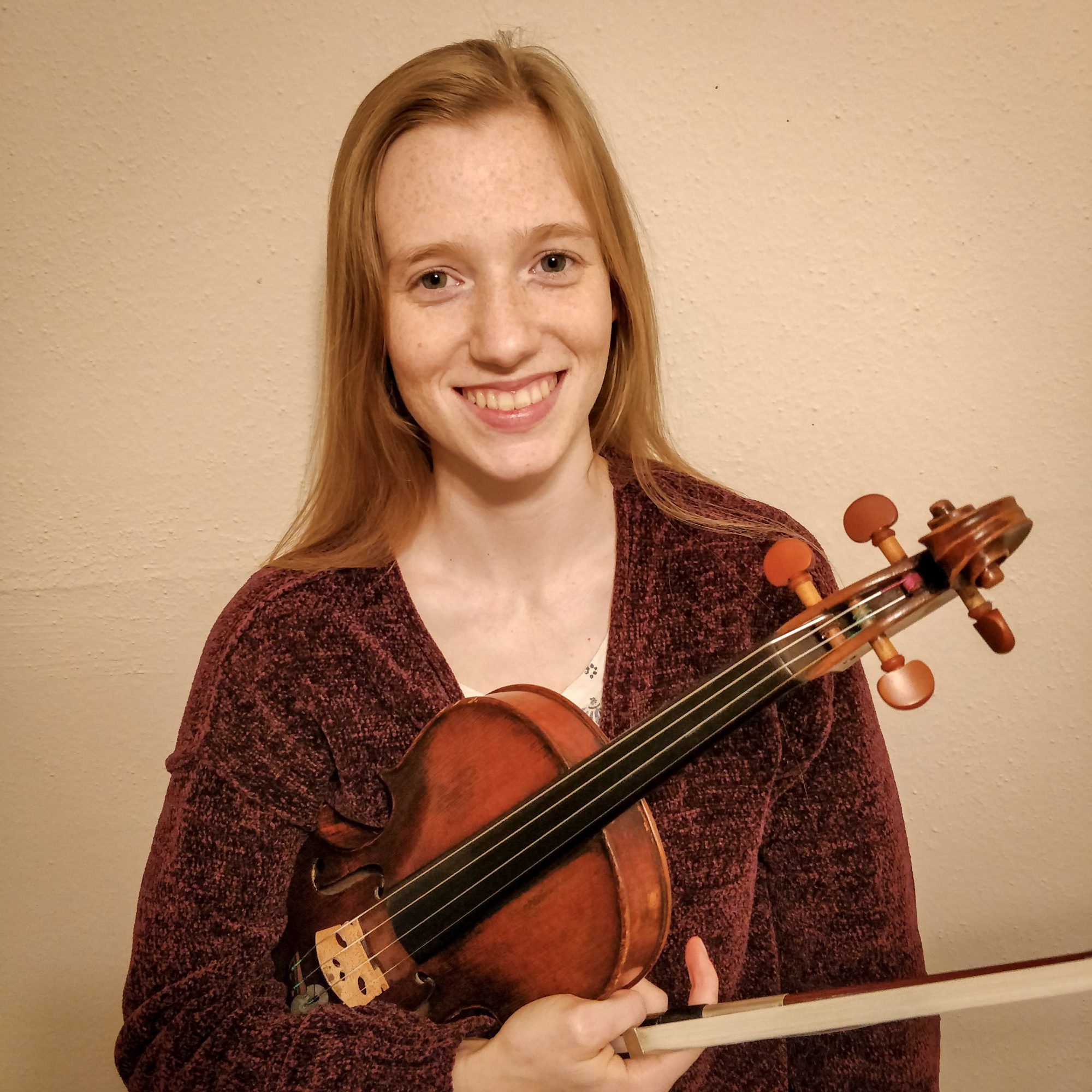 Helen Dowd is a native of Lincoln, NE, and comes from a large and musical family. Starting at age 6, she was taught with the Suzuki Method for violin and traditional method for piano. In 8th grade, she picked up viola for fun and continued to perform in many school and free lance quartets on the side as a violist. In high school, Dowd started her own violin and piano studio to fund herself on youth orchestra trips to Europe. She also began to accompany Suzuki books 1-5 for violin, viola, and cello studio recitals for certified Suzuki instructors.

For her Bachelor of Music, she studied with Becca Fischer of the Chiara String Quartet  2011-2015. Dowd was a member of the Redwood Piano Trio while at UNL and they participated in Fischer’s Teaching Artist’s Outreach program, as well as won the Honors Chamberfest Competition in 2014. As a college student, Dowd was selected to perform as a soloist and chamber musician in masterclasses given by Robert Chen, Rita Porfiris, Norman Fischer, Stephen Rose, Catalyst Quartet, and Paul Katz.

Under Janet Sung at DePaul University, she received her Master of Music 2015-2017. During her studies in Chicago, Dowd remained an active educator at the non-profit Music for Kids and Music House Inc. She started playing as a first violin section member with the Midland-Odessa Symphony in 2017. Dowd has taken her love of teaching and music from Lincoln, Chicago, Dallas, and now Houston. Before moving to Houston, she was as a private instructor for McKinney ISD and Mesquite ISD.