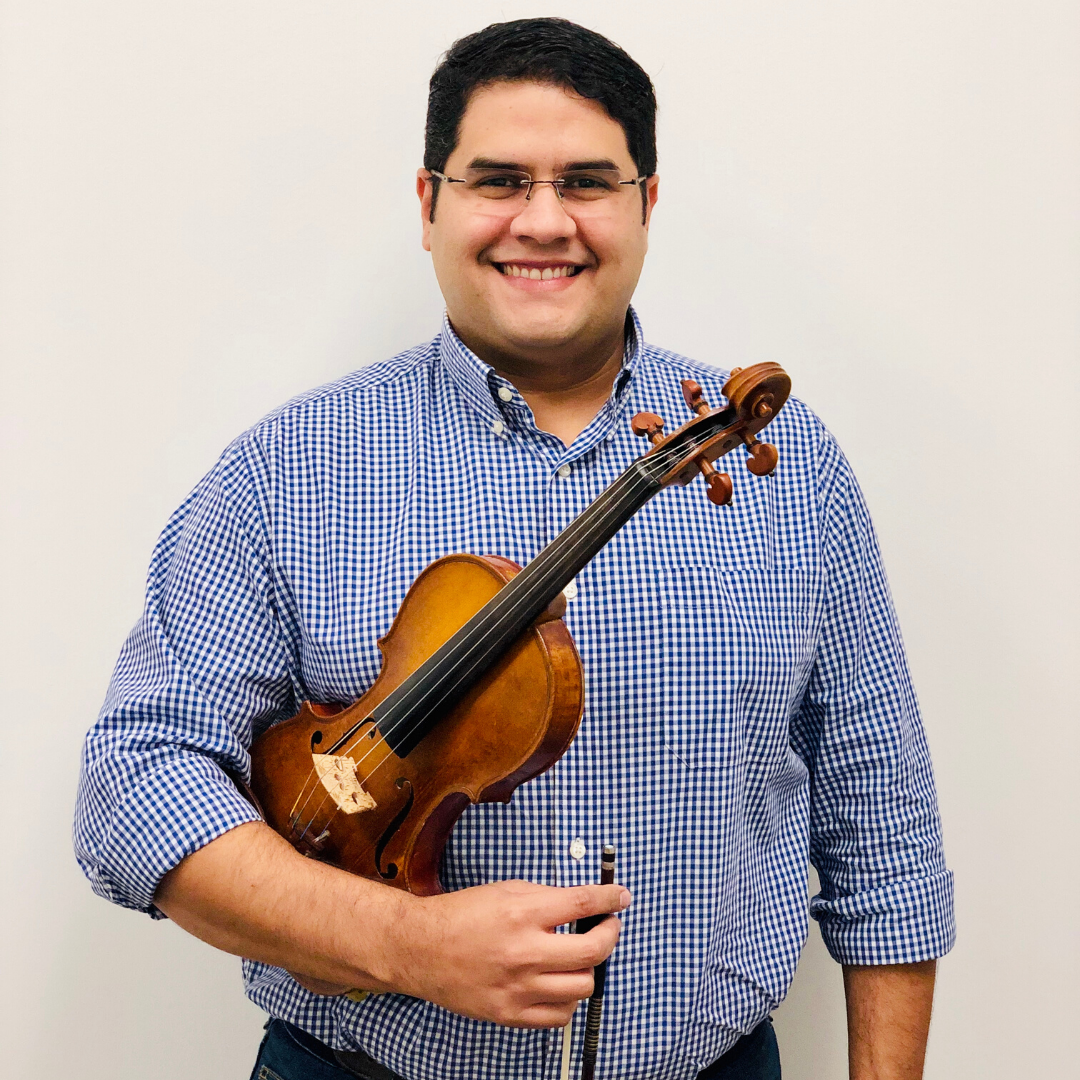 Gregory Mata has been studying the violin and viola for over 25 years. Originally from Venezuela, he began his studies in the famous musical education program El Sistema. Mata was in the violin section of the Simón Bolívar Symphony Orchestra of Venezuela under the baton of Maestro Gustavo Dudamel for more than 17 years. This provided him the opportunity to perform in theaters such as The Royal Festival Hall in London, Konzerthaus and Musikverein in Vienna, Teatro Alla Scala in Milan, Salle Pleyel in Paris, Academia Santa Cecilia in Rome, Teatro Colón in Buenos Aires, Walt Disney Concert Hall in Los Angeles, and Carnegie Hall in New York. Mata received his degree in Music Performance from The Experimental University of the Arts.

Mata has a true passion for teaching and inspiring his students to reach new heights with their instruments while having fun.