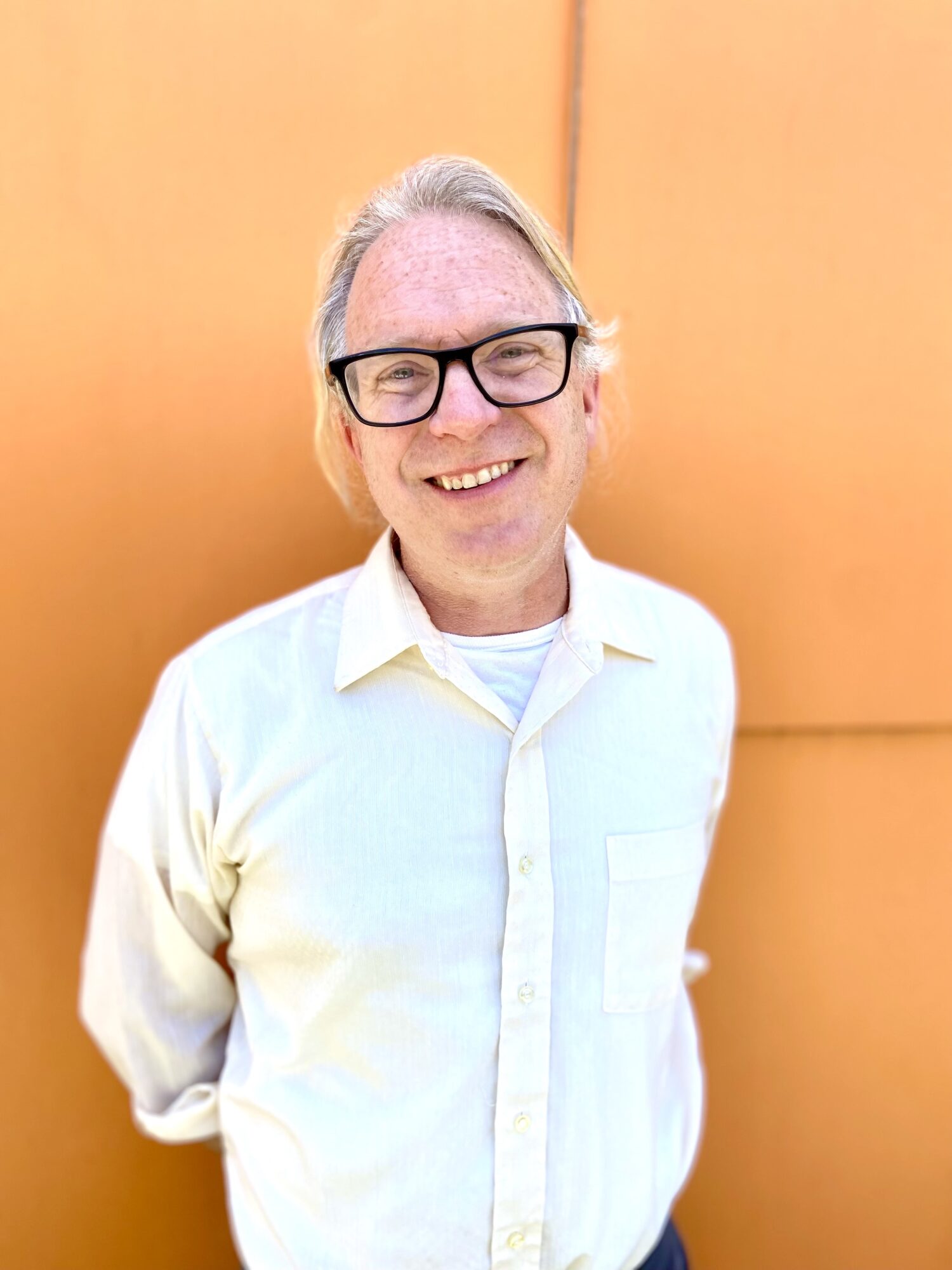 David brings years of experience in childhood education to Vivaldi Music Academy. After 15 years of service as a 5th Grade Reading and Social Studies teacher in public school, David has begun a new career combining his greatest talent, being an engaging teacher, with his passion for music and guitar.

David’s greatest strength is an ability to inspire and motivate students through flexibility, creativity and humor. His multidisciplinary education gives him an ability to connect and engage students with a wide-range of interests and diverse backgrounds. In 2017 he had the honor of being named Campus Teacher of the Year by his fellow teachers and has been nominated multiple times by the district’s outgoing seniors to be a Teacher of Honor at graduation. Teaching at a Title I campus has given David the opportunity to engage an economically and culturally diverse group of students. David knows from his own experience how important the arts can be for developing minds, both mentally and socially. He has been an advocate for the arts program on his campus by securing funding and teaching an after school guitar club. He has also taught 3rd-5th graders digital music creation in GarageBand as part of a voluntary elective program.

David’s own first exposure to a musical education was playing saxophone in the school band, but in high school he was transferred to a school without a music program. It wasn’t long after that David was introduced to punk rock and grunge. That would start him down a path he is still traveling.

To fill the void left after losing his beloved marching and jazz band David began teaching himself guitar and spending his nights learning everything he could from Nirvana to The Beatles and honing his craft as a songwriter. While completing his bachelor’s degree, David earned an associate’s degree in audio engineering and began working at the prestigious and historic local recording studio, Sugar Hill Studios, where he was able to observe and learn about life as a working musician from some of the most knowledgeable and renowned musicians possible. He has performed in a wide range of musical styles; from being the lead guitarist in a Beatles tribute band to blues to funk metal. Currently, he is the guitarist of a Houston based Rock en Español ensemble, Será Cero, who will be releasing an album in 2022 that he has co-written and co-produced with film composer Tony Ascanio.