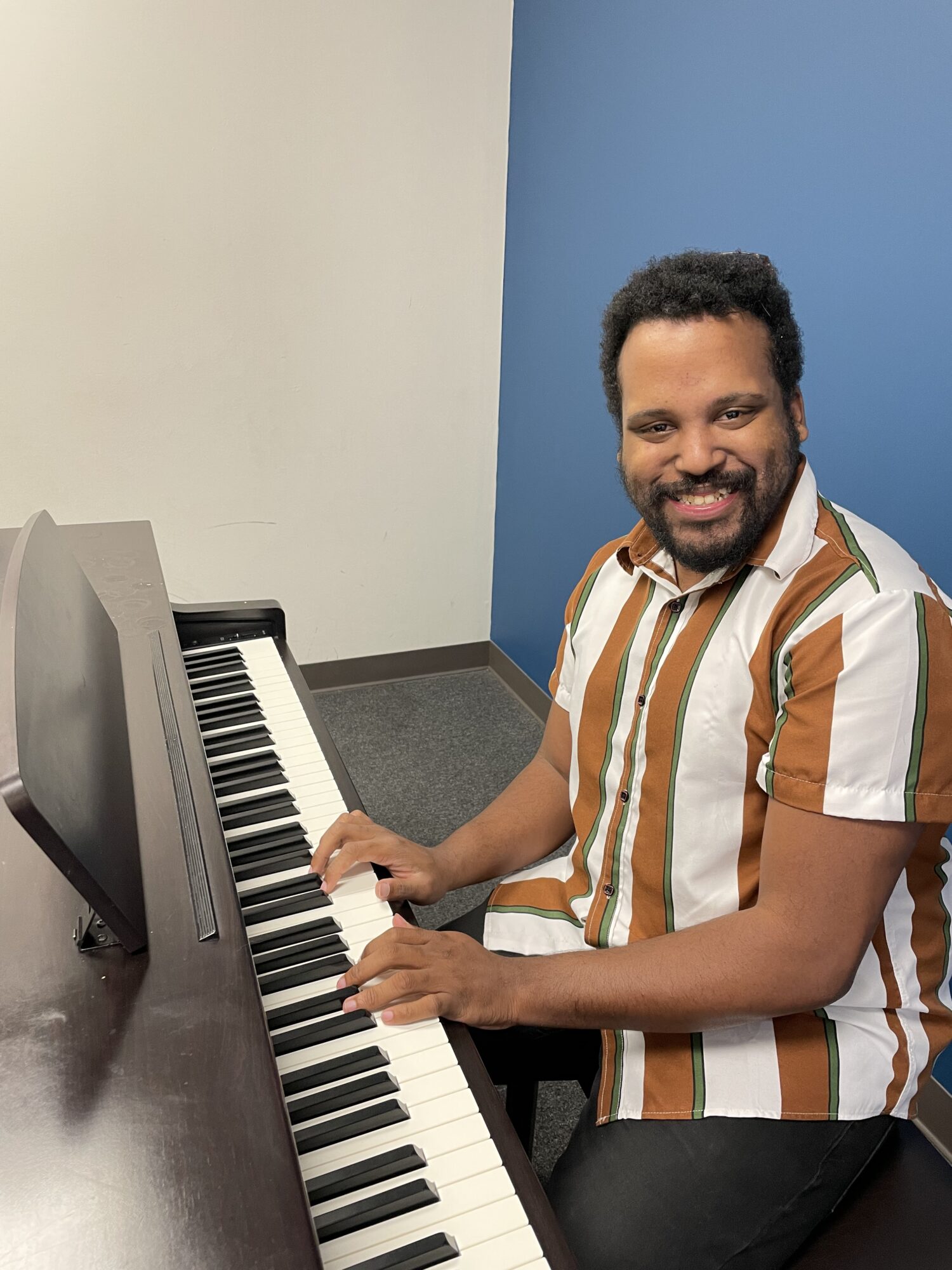 Carver Mathis is so thrilled to be joining the voice faculty at Vivaldi Music Academy! Having trained classically, Carver holds degrees in Vocal Pedagogy and Music Education from The American Music and Dramatic Arts Academy in New York and The University of St. Thomas.  Additionally, Carver holds certificates of completion in Alexander Technique and Performance Psychology from The Juilliard School’s EdX  program.  Carver has been blessed to work with singers of all ages, skill levels, and has worked in all styles of music. Carver’s students have been accepted into prestigious schools across the country, including Syracuse in New York City, Elon University in North Carolina, and Oberlin Conservatory in Ohio to name a few. His students have auditioned for Houston Grand Opera, The Humphrey’s School of Musical Theater, and have even been placed in productions at The Hobby Center in Houston, TX.

In addition to teaching, Carver has been fortunate enough to sing in various styles and in various venues across the United States. He made his Carnegie Hall debut in 2017 and was asked to return in 2018, both times singing Dan Forrest’s Jubilate Deo. He has sung at Avery Fisher Hall, The Kennedy Center, and St. Lois Cathedral. He is well-versed in Musical Theater, Opera, and Sacred Music. Carver has also sung under the baton of the legendary Eric Whitacre in an in-person appearance at the Texas Choral Directors Association annual convention. In 2016, Carver was featured on the stage of Lambert Hall (Houston, TX) appearing in a production of “Schoolhouse Rock Live!” He is consistently praised for his careful attention to musical detail, text awareness, and communicative embodiment of character…he always has something to say.

Carver is extremely passionate about his teaching. His teaching style is based in Alexander Technique and Speech-Singing practices. Carver has a variety of tools in his vast toolkit to help others unlock their voices! He is so excited to share his gifts to help others be the best musicians that they can be! Looking forward to meeting everyone!