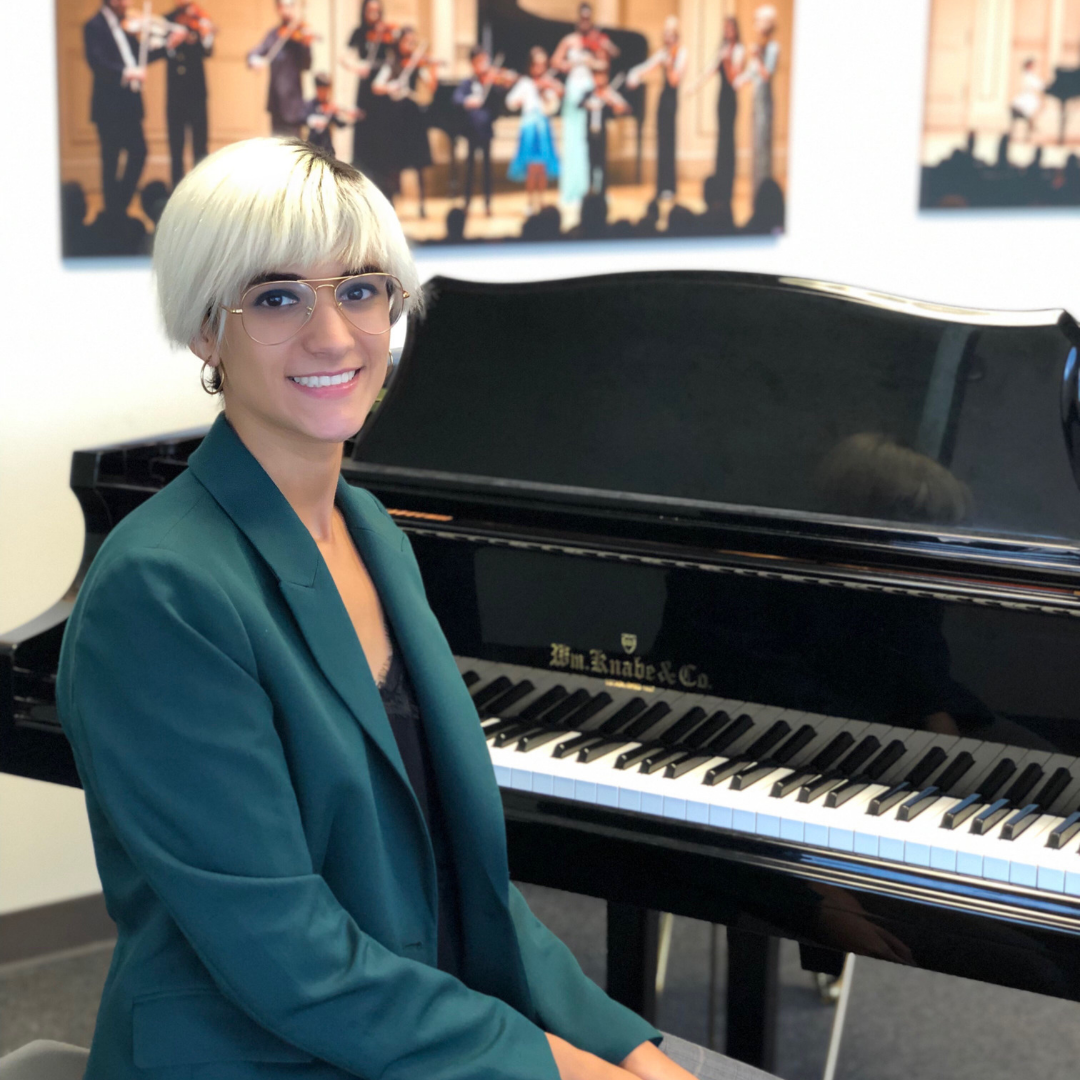 Andrea Benabent was born in Callosa de Segura (Alicante, Spain). She started playing piano at the age of 4 years studying in the Conservatorio Pedro Terol in Orihuela, Spain. At the age of 16, she moved to Madrid and she did her studies in the Centro Integrado de Música ‘Padre Antonio Soler’ de San Lorenzo de El Escorial with the professor D. Javier G. Dólera.

She completed her undergraduate degree in the Real Conservatorio Superior de Música de Madrid with the professor Dr. Elena Orobio, rewarded with the Final Studies Honor´s Prize. She was admitted to the Royal Academy of Music in London where she studied for one year with professor D. Pascal Nemirovski. After this, she moved to Houston to complete her Master’s in Piano Performance at Sam Houston State University, with the professors Dr. Josu de Solaun and Dr. Anna Petrova. She is now pursuing her DMA in Piano Performance with a full scholarship and teaching assistantship in the studio of Dr. Tali Morgulis in the Moores School of Music at the University of Houston.

She debuted as a soloist in the National Auditorium of Madrid in 2016, performing the Rhapsody in Blue by G. Gershwin, with the Symphonic Band of the Royal Conservatoire of Music of Madrid, under the direction of Miguel Ángel Serrano.

Andrea has been awarded in more than ten national and international piano competitions, all in Spain. She is excited to teach and inspire her students to have a passion for music!