All posts in “Press Release”

The holidays are here, and the gift of music is at the top of everyone’s wish list! There are a variety of guitars, pianos, and drum sets, plus different sizes of violin – so where do you begin when it comes to picking out the perfect gift? No need to stress! We let the experts at Vivaldi Music Academy put together an easy gift guide for this holiday season. 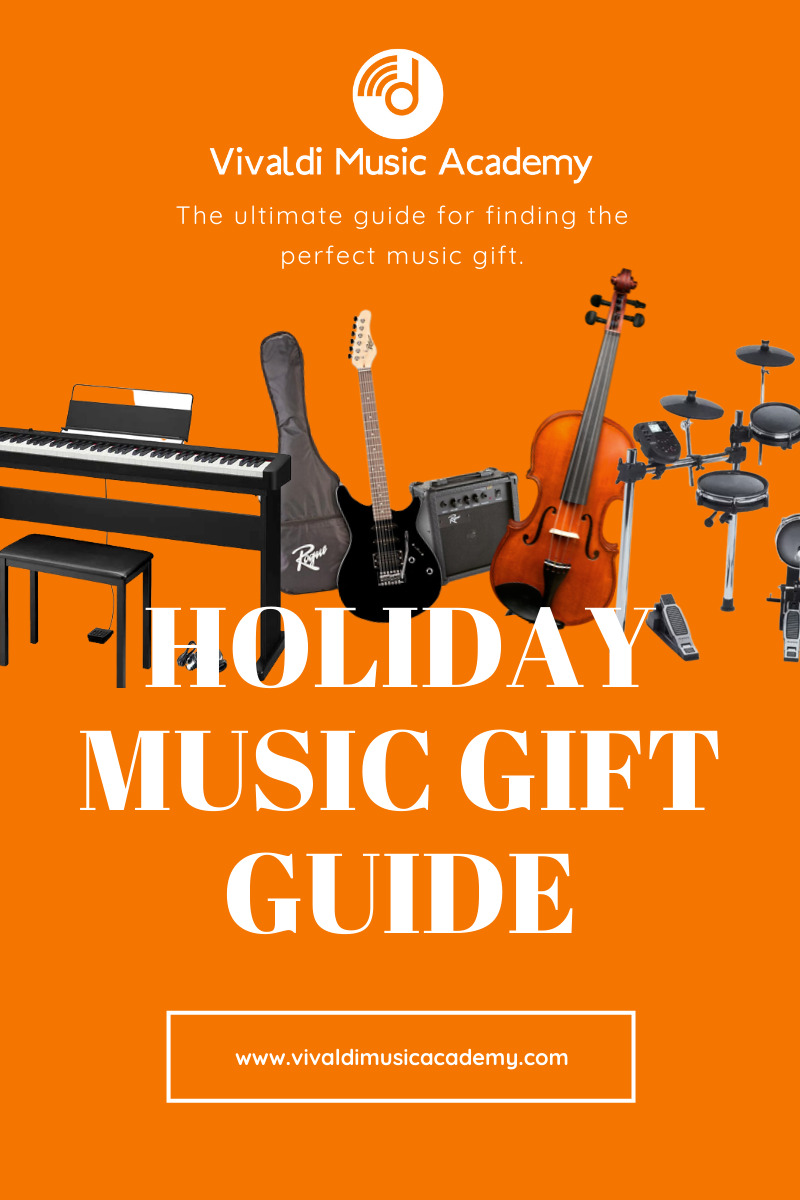 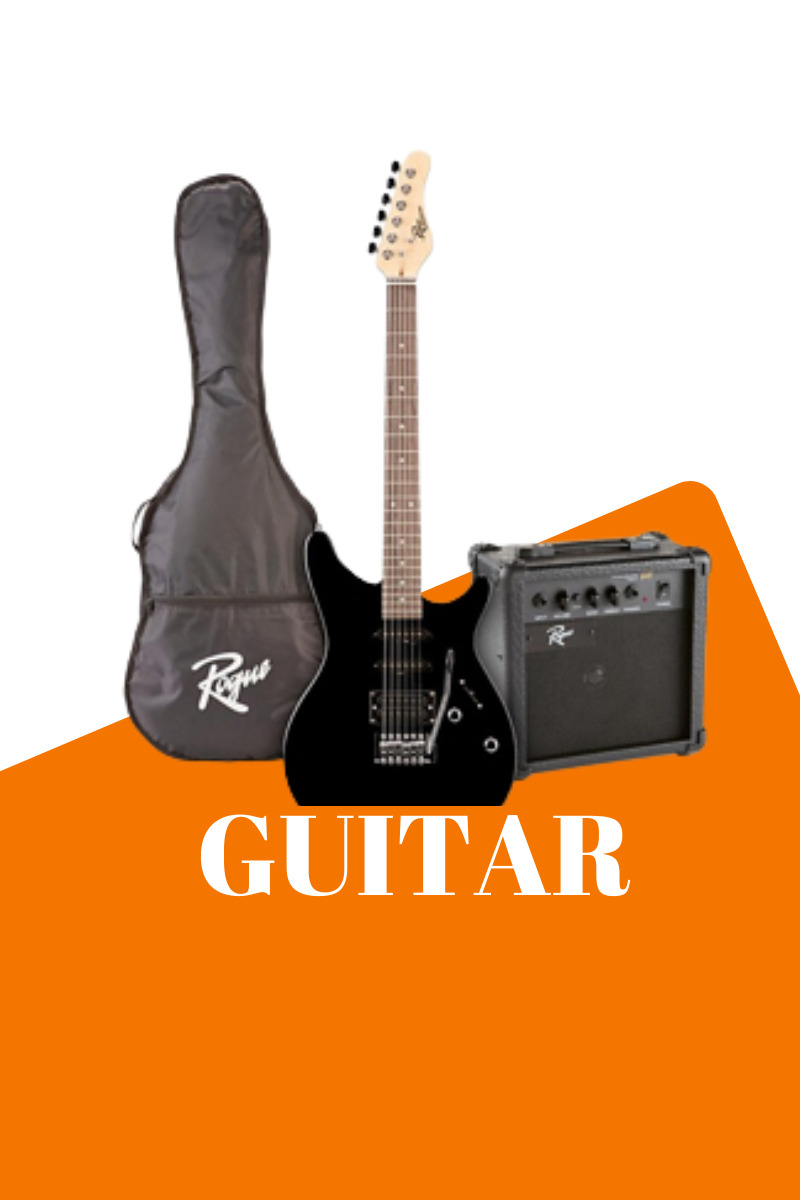 Guitar: Both acoustic and electric guitars are fun (and super popular) holiday gifts.

Where to go: Guitar Center! They offer wonderful options with sets, and you can even score great holiday savings this time of year.

What to get: When it comes to an electric guitar, the Rocketeer Electric Guitar Pack definitely has the wow factor. It has everything your favorite rock-star-to-be needs to get started! If acoustic is more your jam, grab the Rogue Starter Acoustic Guitar. It comes in a variety of colors, so you can customize your pick. 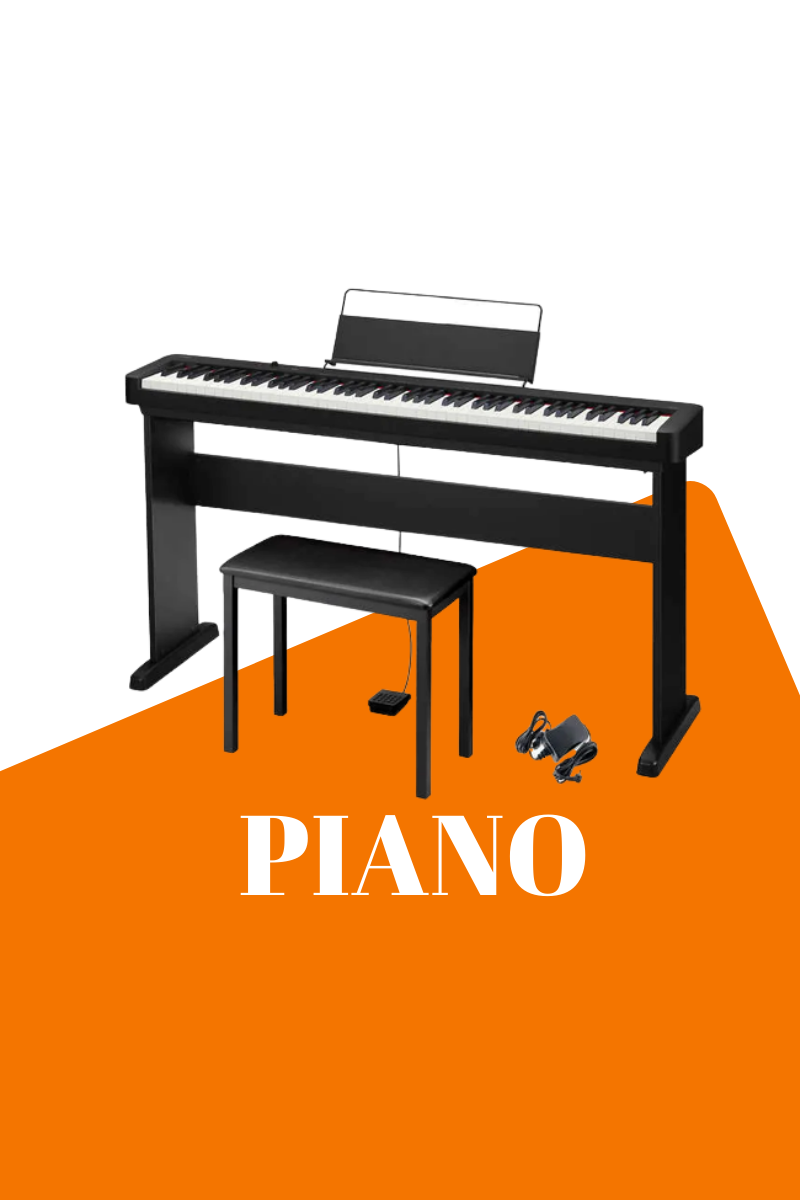 Piano/Keyboard: A standard 88 key, fully weighted keyboard is a great choice. Semi-weighted keys are fine as well for young beginners, but they will grow out of it quickly. Pro tip: you don’t need to worry about the number series of a piano (for example, Yamaha Aries YPD162), any full sized, 88 key weighted will work great!

Where to go: Amazon, Costco/Sam’s Club, and Guitar Center all have big selections when it comes to keyboards.

What to get: Keep an eye out for brands like Casio and Williams for starter keyboards (they aren’t as pricey!). If you are looking for an upgrade in sound and quality, go for the Yamaha instead. If you want to include a bench, stand, sustain pedal, and music rest, this Casio bundle from Costco is a solid choice. 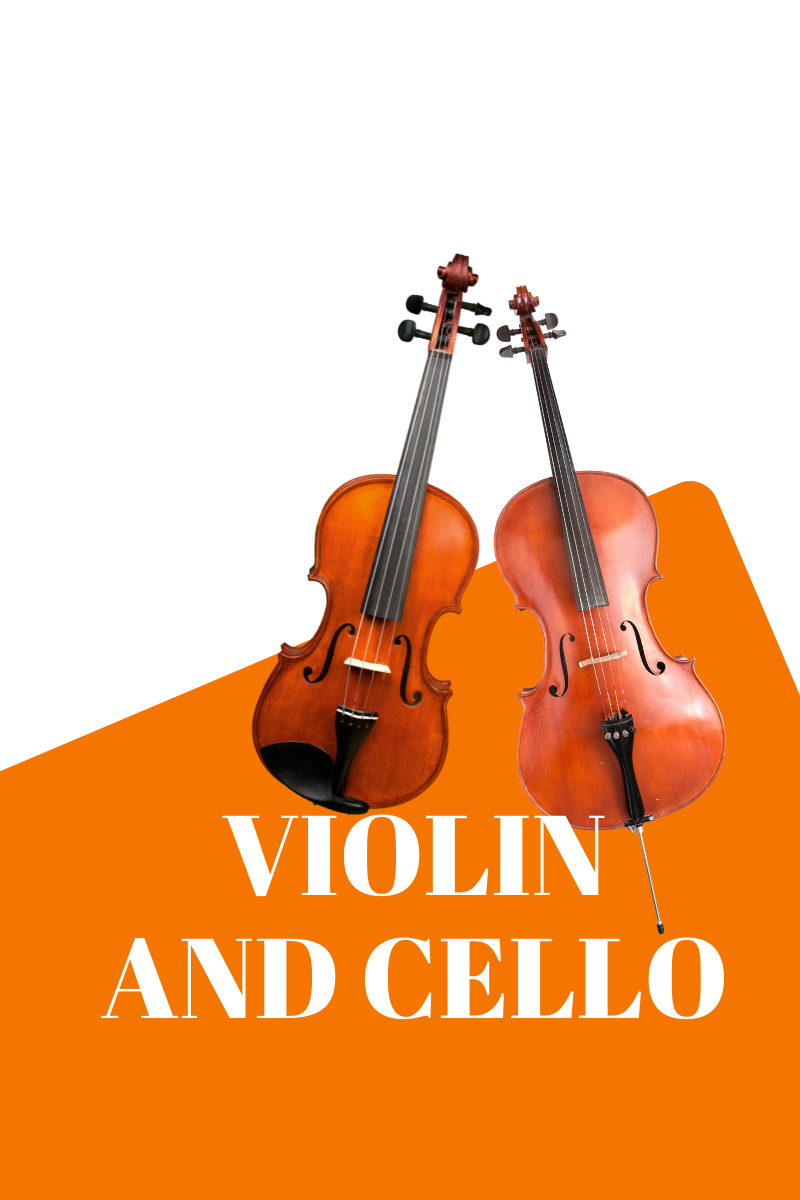 Violin/Cello: We know this can be a trickier one, but don’t be intimidated! We highly recommend renting a violin or cello from a local violin shop. There are two ways to properly measure a child for a violin. The easiest method is to have the student’s left arm fully extended away from his or her body, and measure from the base of the neck to either the wrist or the center of the palm. The neck-to-wrist measurement will indicate the most comfortable size for the student.

What to get: Both places will help to size the student and find the right violin for them. They do rentals and purchases, so you can choose what’s best for you! 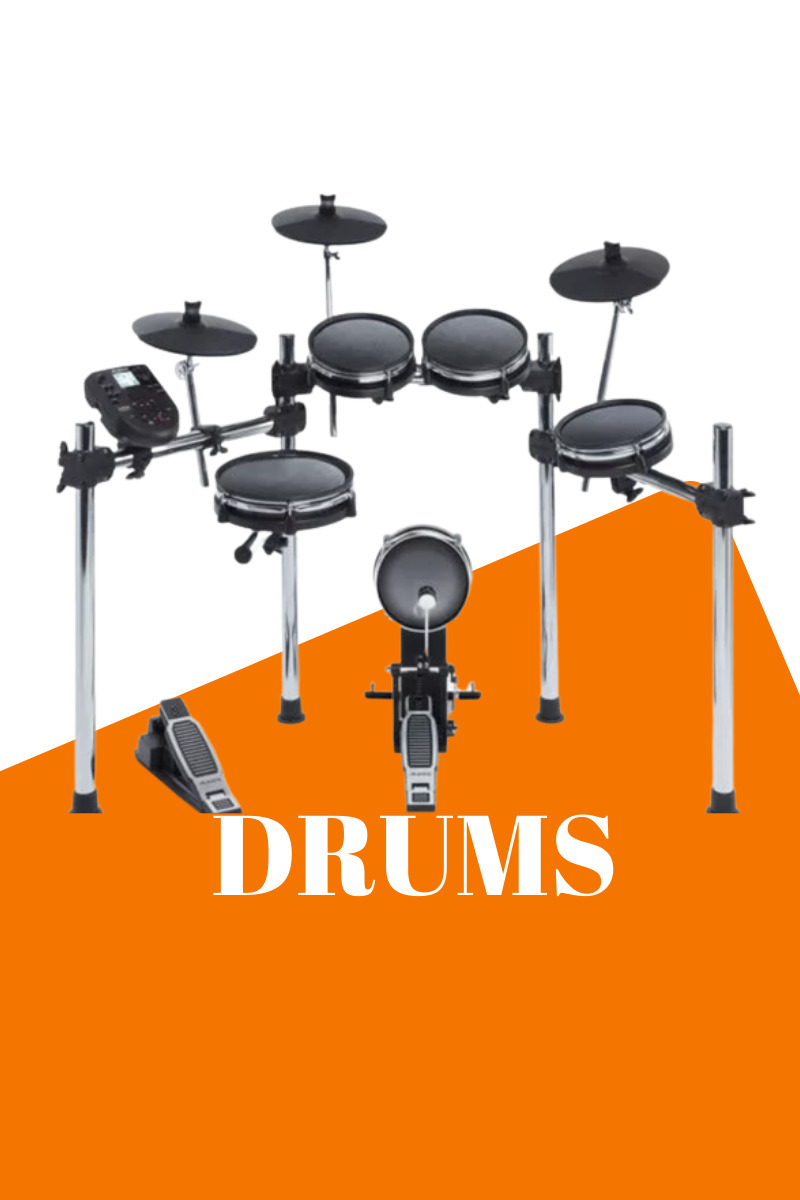 Drum Sets: Electric drum sets are always an exciting choice for the holidays!

Where to go: Sweetwater.com has lots of choices when it comes to drum sets, plus some good holiday deals and discounts as well.

What to get: Alesia is a premier brand and the instrument we use during regular weekly lessons. This Surge Electric Drum Set has all the essentials!

GIVE THE GIFT OF MUSIC

Once you have decided on the instrument you are going to give—learning how to play it will start at Vivaldi Music Academy! You can add a gift certificate to your gift for a month of lessons. We offer flexible scheduling and our gift certificates don’t expire, so it’s the perfect stocking stuffer for any music enthusiast. As always, our friendly staff is just a phone call away, so if you have any questions about giving the gift of music, please don’t hesitate to reach out! 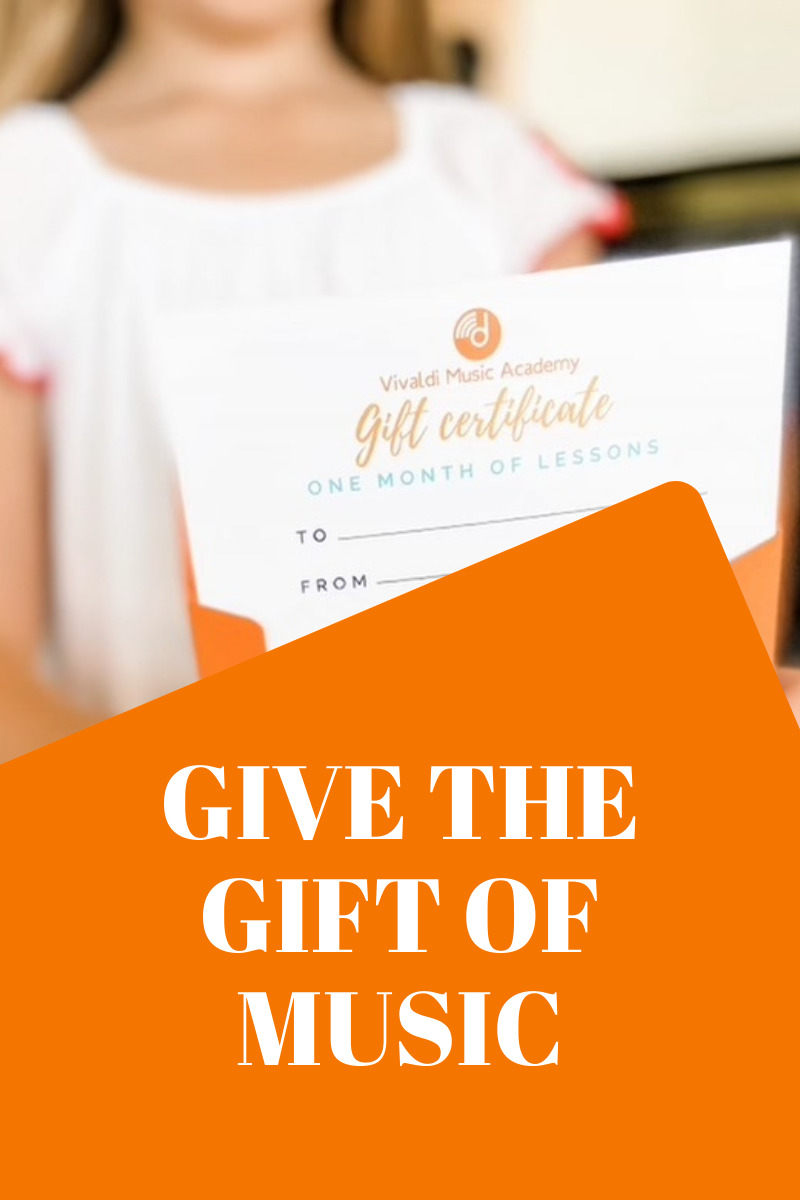 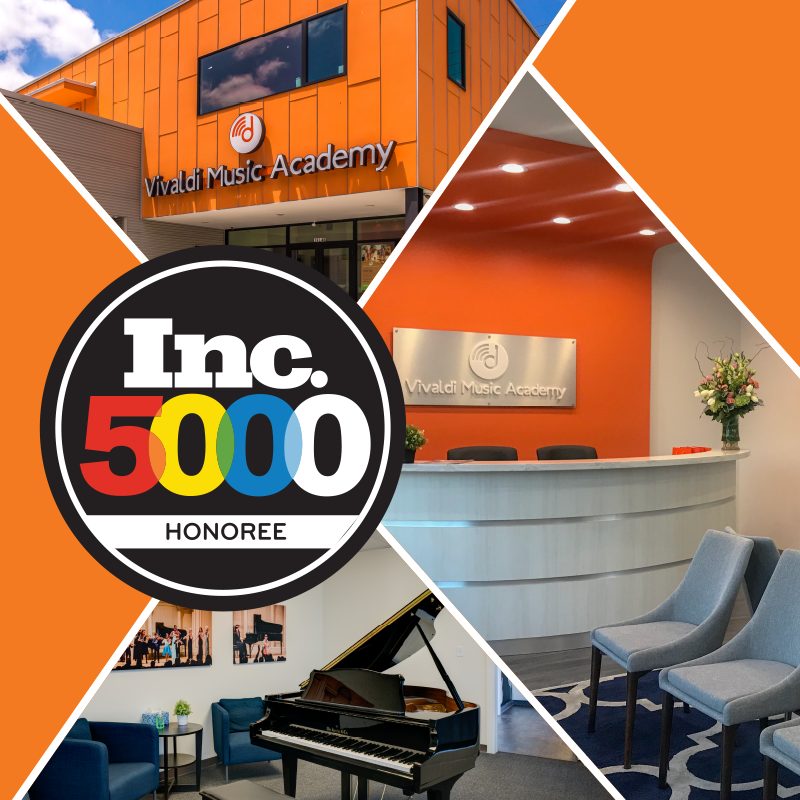 This year’s Houston Business Journal Fast 100 and Innovation Awards event will be held Sept. 26 from 11 a.m. to 1:30 p.m. at the Marriott Marquis Houston where Vivaldi Music Academy will find out where they are ranked in the 100 companies recognized.

“We are thrilled to share the joy of music with our students and families as we have grown in the last six years,” said Chief Executive Officer Zeljko Pavlovic. “This recognition helps us bring high-quality education to the Houston community and create more opportunities for our students, including performing at the most notable places in Houston and in renown concert venues nationally and internationally.”

Vivaldi students have performed at Carnegie Hall in New York; The John F. Kennedy Center of Performing Arts in Washington; Vivaldi Church (Santa Maria Della Pieta) in Venice, Italy; and the Royal Academy of Music in London, England. Vivaldi Music Academy has three locations in Houston with more than 1,800 students. It offers private music lessons in piano, violin, cello, drums and voice. The academy also has ensemble classes for young singers and a guitar group class. Vivaldi Seasons, an early childhood class, is a huge hit with our youngest students, and a great way to encourage a life-long love of learning music. Interested parties can find out more by visiting www.vivaldimusicacademy.com.

Vivaldi Music Academy opened its first Houston location in 2013. In under six years, the company has faced tremendous growth and teaching thousands of music students of all ages throughout Houston. Students can participate in group or individual formats as they discover their passion for music. Vivaldi Music Academy students thrive using the traditional or Suzuki method, and garner opportunities to perform in some of the most highly recognized music venues in the nation. Start making music at www.vivaldimusicacademy.com. 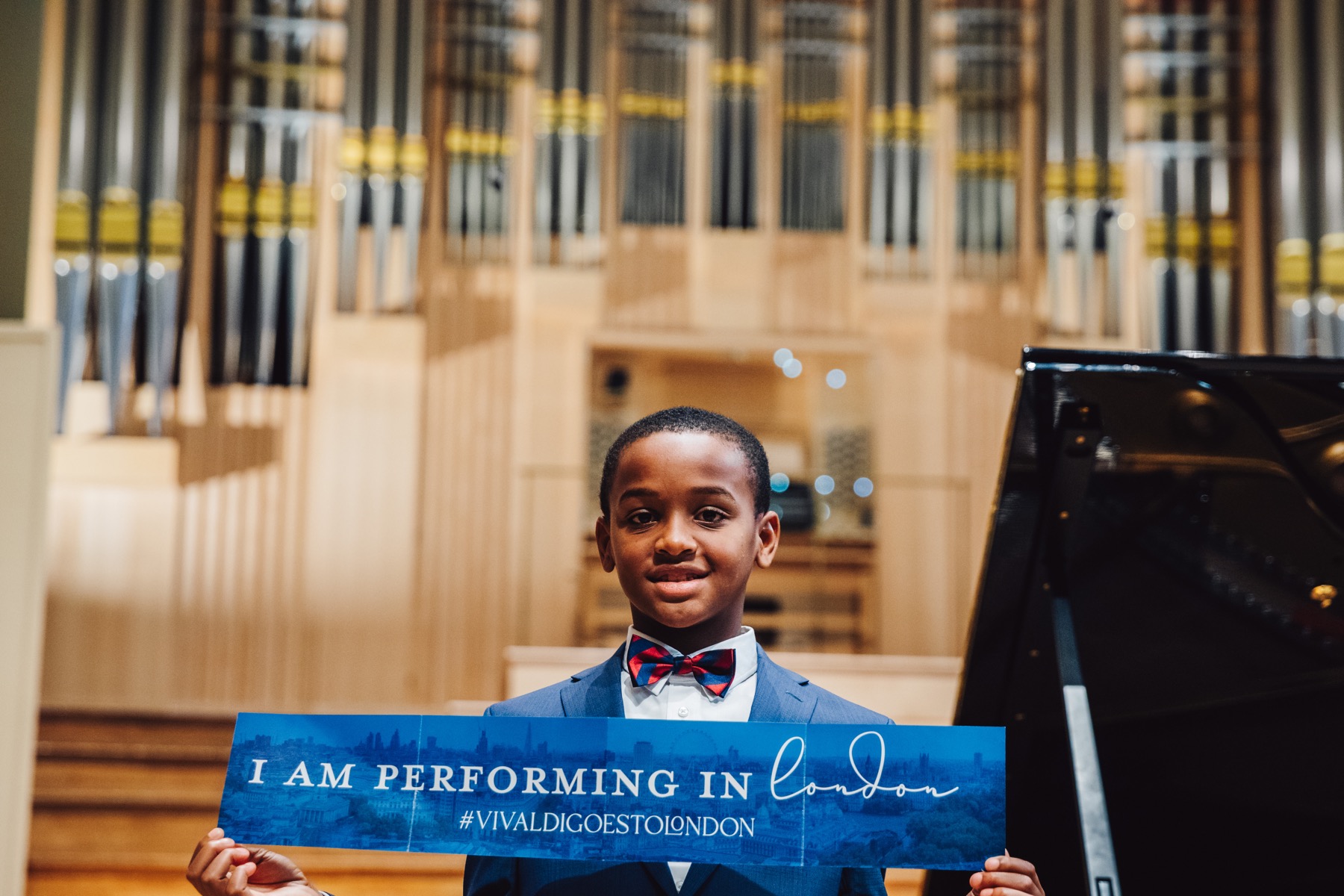 Houston, Texas, July 25th – Houston’s premier music academy, Vivaldi Music Academy, made their debut in London at the Royal Academy of Music where their students performed at the iconic Duke’s Hall. The Academy’s motto, which is echoed throughout the Vivaldi community, is, “Dream Big. Play Music.” This opportunity provided the perfect accent to the adage – allowing Vivaldi students to fulfill their dreams, and enjoy playing music.

The Royal Academy of Music is the oldest conservatory in the U.K. Duke’s Hall has been a pillar of the campus since 1911, when the academy moved to its current site. The venue’s rich history, combined with the international academy’s dedication to emboldening its scholars’ creativity and musical prowess, makes it an ideal destination for Vivaldi Music Academy students.

“We choose our venues carefully, with our students in mind. One of the greatest lessons in life is recognizing your own self-worth. When our students step on stage in a venue that has hosted a menagerie of talent, something happens. They allow themselves to recognize that they belong here, and that they can make it anywhere,” said Vivaldi Music Academy’s CEO and Founder, Zeljko Pavlovic.

Every summer, Vivaldi students have the unique opportunity to perform at prestigious concert venues such as Carnegie Hall in New York City, The Kennedy Center for the Performing Arts, and in Venice, Italy at the Santa Maria Della Pieta (Vivaldi’s Church). The London performance will be Vivaldi Music Academy’s second international concert series. Pavlovic intentionally invites students of all skill levels to participate in these distinctive concerts. The opportunity motivates students to excel in their studies, and practice to reach their goals.

Pavlovic spoke of the enthusiasm shown by the Vivaldi Music Academy’s community, “We originally planned for one concert, but when we opened our first-come-first-served registration process to students, we received tremendous interest. I knew we had to organize a second concert to make sure as many performers as possible received this special opportunity.”

The two concerts showcased the talent and dedication of over forty Vivaldi Music Academy students who performed solo and ensemble pieces in a variety of instruments, including piano, guitar, voice, violin, and flute. The performances were at Duke’s Hall, which seats 350 people, on July 15th at 2 pm and 7 pm.

Vivaldi Music Academy opened its first Houston location in 2013. In under six years, the company has faced tremendous growth – teaching thousands of music students of all ages throughout Houston. Students can participate in group or individual formats as they discover their passion for music. Vivaldi Music Academy students thrive using the traditional or Suzuki method, and garner opportunities to perform in some of the most highly recognized music halls in the nation. Start making music at www.vivaldimusicacademy.com. 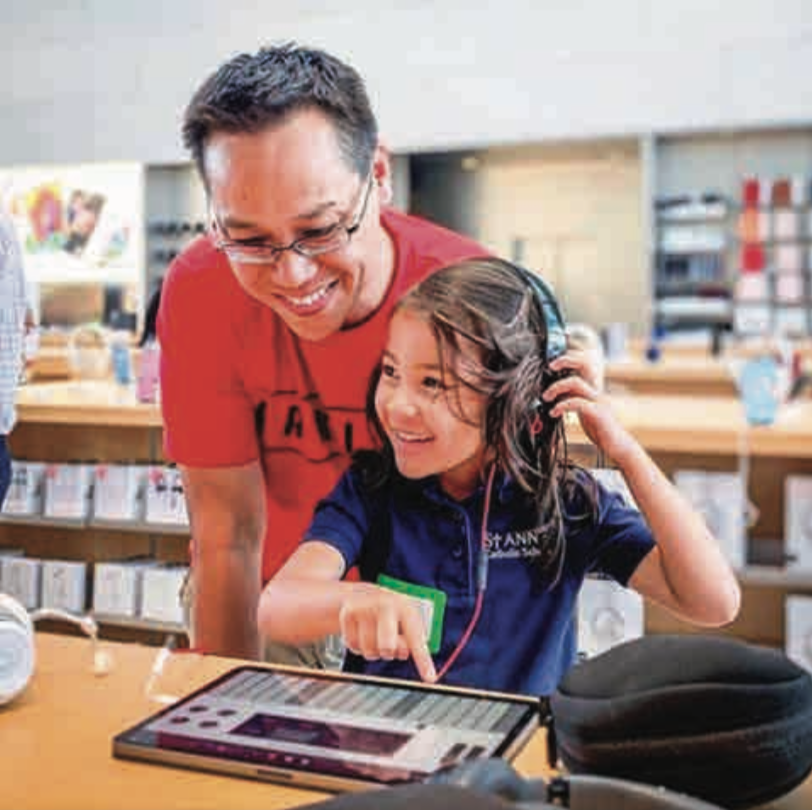 Summer Recitals at University of St. Thomas this June!

We are looking forward to the Summer Recitals on June 15th, 16th, 22nd, 23rd at the University of St. Thomas at Cullen Hall. Please review your emails for the FAQs and let us know if you have any questions as we get closer to recital days – we’re here to help you have a smooth and memorable recital experience!

Vivaldi Students had a blast at Apple Music Sessions

From creating a theme song to learning notes and chords on iPads and iPad Pros, Vivaldi students had a blast.

Students have the exclusive opportunity to make music and learn at Today at Apple music sessions. These sessions will inspire students to create music and dream big with technology!

We have hand selected music sessions for students to learn how to create their favorite theme songs on GarageBand Smart Instruments and build songs from famous producers and songwriters! The sessions will be at the Apple Store in Highland Village (4012 Westheimer Rd, Houston, TX 77027) and led by an Apple Creative. iPad/iPad Pros will be provided at the store – students are also welcome to bring their own iPad/iPad Pro.

We are excited to share this exclusive opportunity with Vivaldi students!

Vivaldi Music Academy students perform in London at the Royal Academy of Music in the iconic Duke’s Hall. Over forty performers and two concerts, the students will showcase their talents in solo and ensemble on Monday, July 15th at 2pm and 7pm.

The Royal Academy of Music is the oldest conservatory in the U.K. Duke’s Hall has been a pillar of the campus since 1911, when the academy moved to its current site. The venue’s rich history, combined with the international academy’s dedication to emboldening its scholars’ creativity and musical prowess. We are looking forward to the royal debut!

Stay tuned for the exciting adventures ahead!
Follow us on social media and use hashtag #VivaldiGoesToLondon

Make a Splash this Summer with Music Lessons!

Summer is the perfect time to splash into music lessons! Learn your favorite song or tune, brush up on your music skills or start something new this summer! Learning music is a great way to beat the heat and engage in an inspirational activity this summer. Summer lesson spots are filling fast! Give us a call today at one of our three locations: Memorial + Bellaire + West U

Refer a friend & receive a free lesson or class!

Your friend will receive FREE REGISTRATION (up to $45 value)

We can’t wait to perform in our nation’s capital!Follow us on social media
#vivaldigoestoKennedyCenter 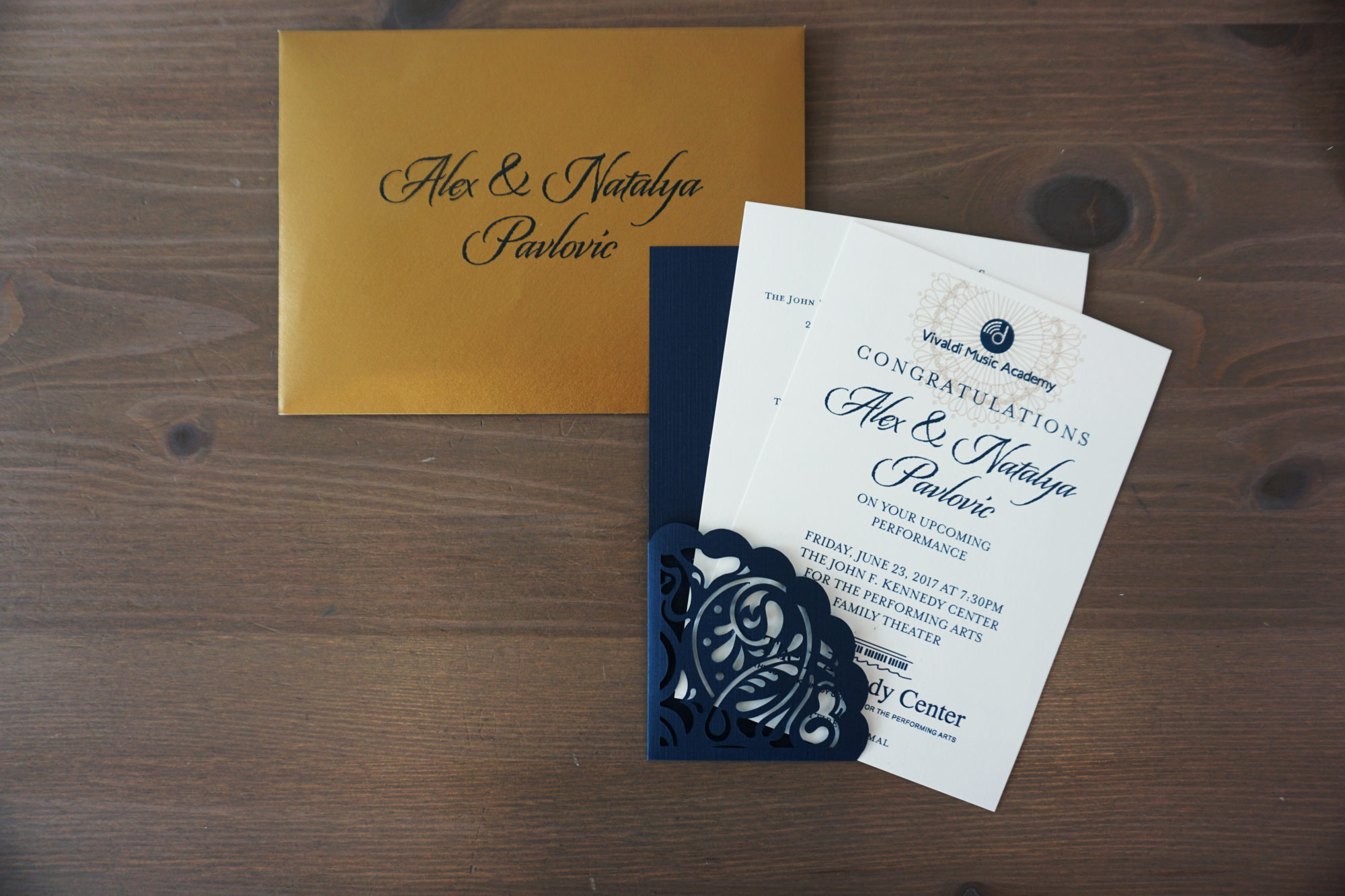 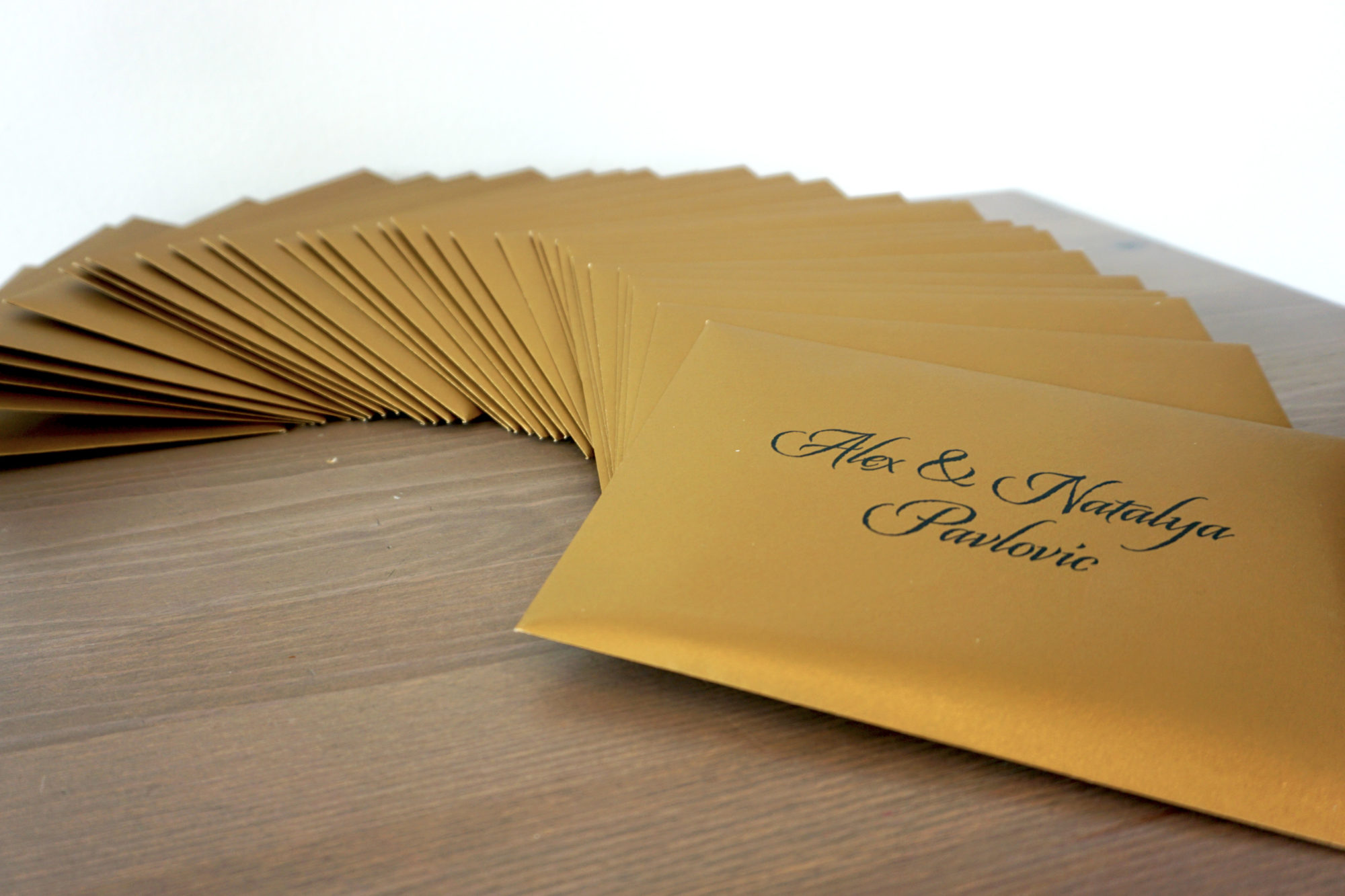 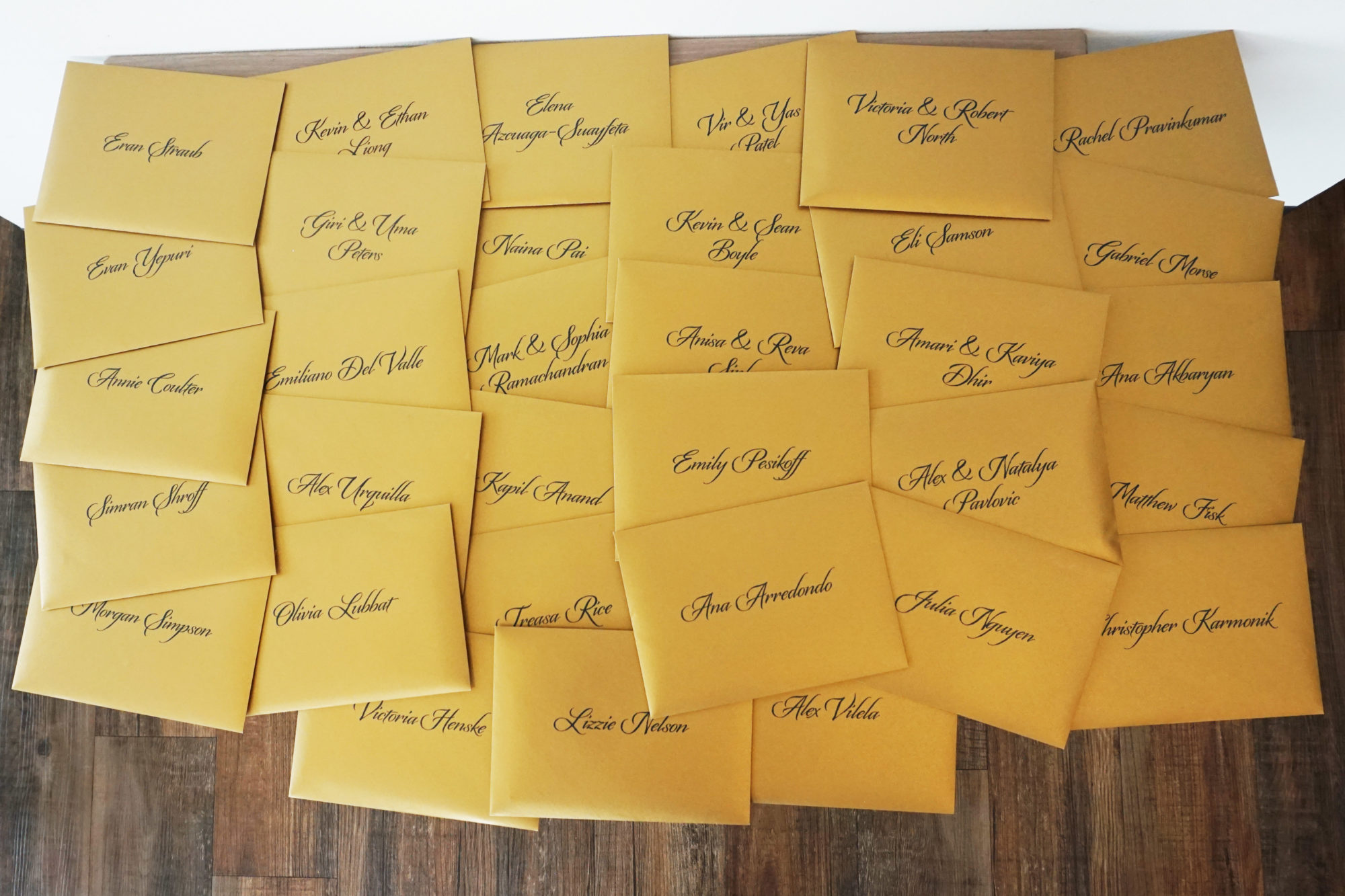 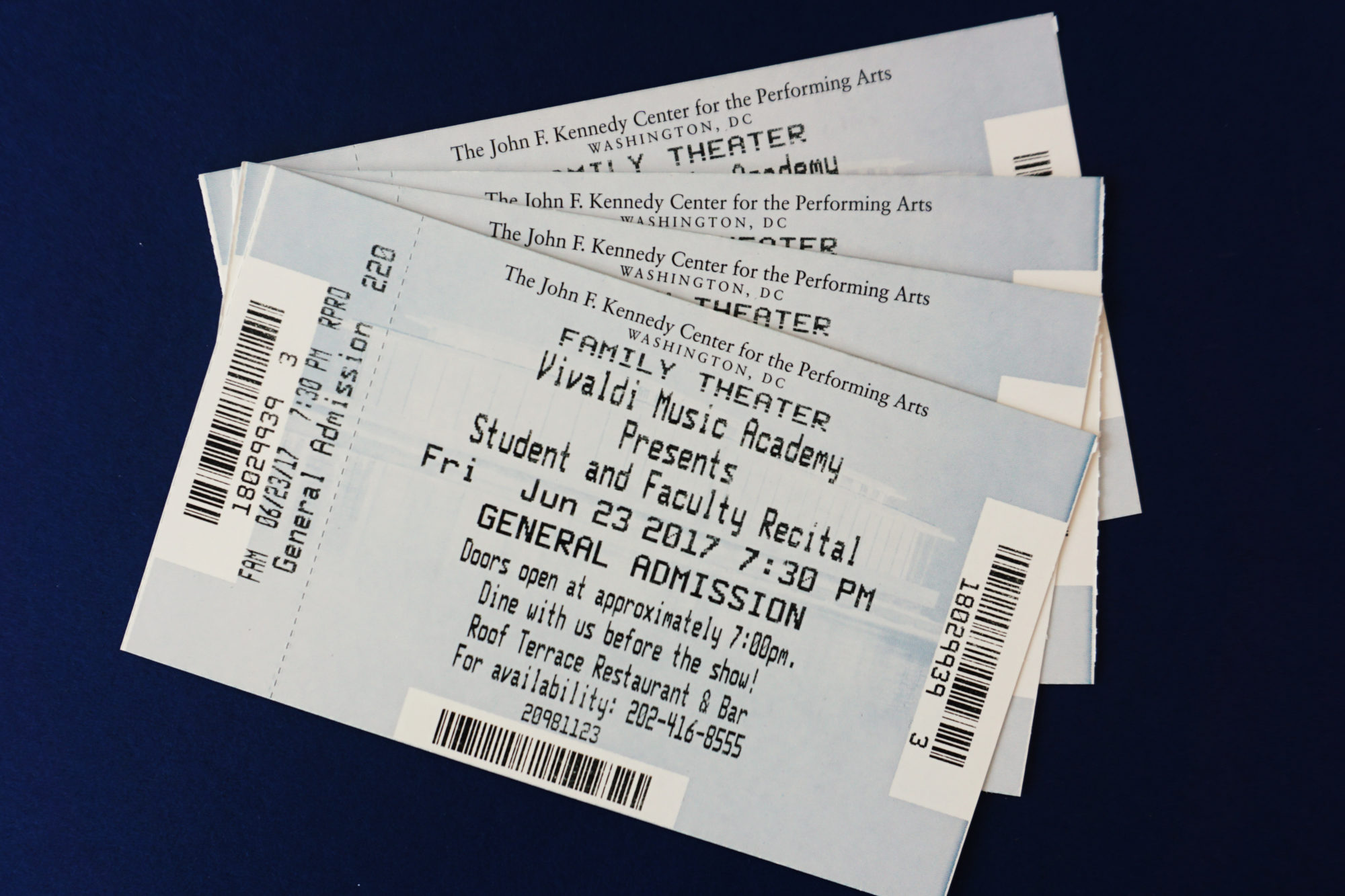 The Center, which opened on September 8, 1971, continues its efforts to fulfill President Kennedy's vision for the performing arts. Each year, the institution that bears President Kennedy's name brings his dream to fruition, touching the lives of millions of people through thousands of performances by the greatest artists from across America and around the world.
The new 324-seat Family Theater provides a new home for world-class performances for the nation's youth. "This new venue" said Michael Kaiser, former Kennedy Center President, "expands the Kennedy Center's ability to produce and present excellent works for young people."

REACH FOR THE STARS

With amazing teachers, Vivaldi studentsare gearing up for the next Musical Ladder tests and are sure to shine!

Vivaldi Music Academy has been nominated by Kids Out and About for the top 20 places to take kids in Houston! 
We need your help to vote for us by June 15th! Vote for Vivaldi Music Academy under the "Favorite Arts Education Facility": http://houston.kidsoutan-about.com/voteHouston

Congratulations on achieving a major milestone in your musical development! Participation in recitals boosts confidence, provides goals, and builds new skills for students!

June 3rd, June 10th, and June 17th
Please let us know if you have any questions prior to your recital day. We look forward to your performance in June!
Happy Practicing!

Refer a friend & receive a FREE lesson! Or refer a friend for Vivaldi Seasons, receive $10 off! and your friend will receive FREE REGISTRATION (up to $45 value).